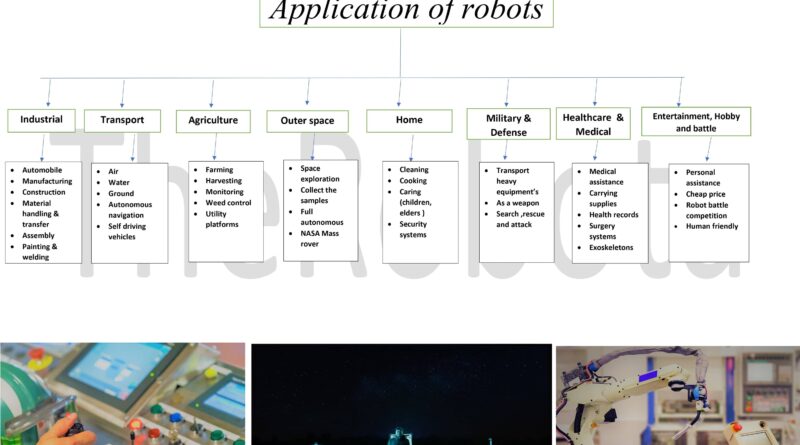 We can not give a specific definition of robots. Generally, robots can action automatically(more). Robots are involved in every industry field. Because of that, most people lose their jobs. Different types of robots perform various tasks, such as the industrial and service sector.

Here are the most common application of robots in nowadays 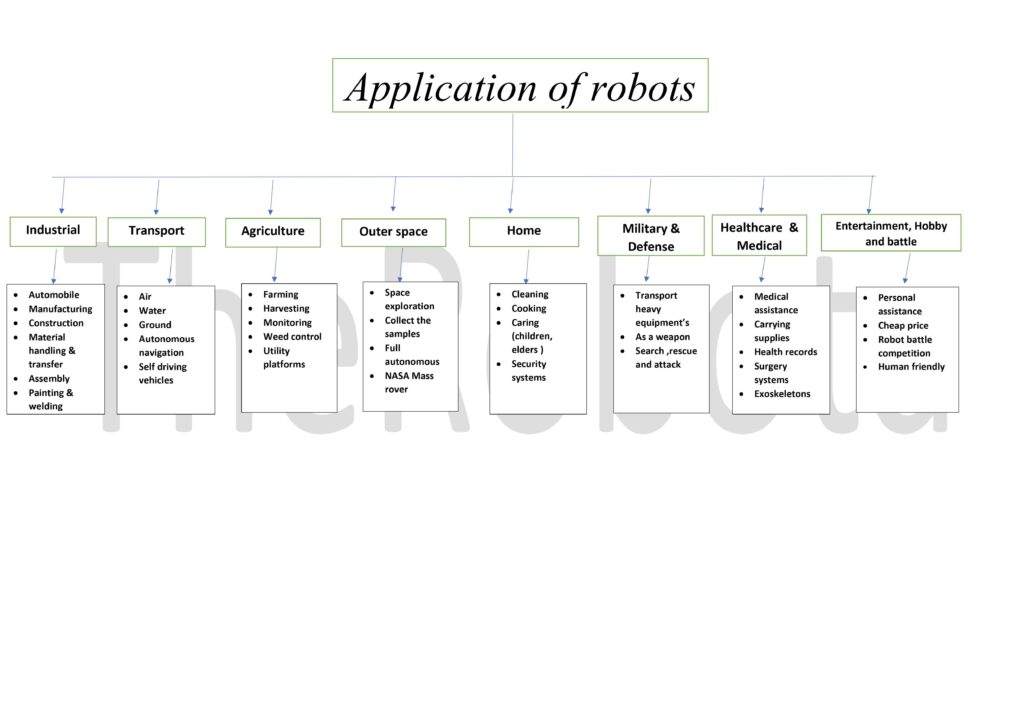 Most of the industries are moving to robots and automation solutions. Because the demand for the products is increasing gradually in society, industrial robots can perform higher production quality and accuracy than humans, and these robots are quick without human support.

if there is any product, the final stage is assembly. Industrial robots can decrease the error of production. These robots are quicker than human workers, and these robots are not wasting time(work continuously ).

Industries have various types of materials. Some of them can not handle humans. But these robots are involving product selecting and transferring the parts. it increases the safety of materials

These robots have professional painting skills than humans. Painting is not easy, that is a toxic one.  Humans get more time for painting. But these robots save time and faster. Painting robots can paint various geometry, and it can be reprogrammed for new painting patterns. It reduces waste and covers a large area.

Welding is a connection the surfaces or joints with another material. Typically welding arc is harmful to human eyes. But robots can do the welding better than humans with faster and accuracy, which improving the welding consistency and quality of welding. Arc welding, Spot welding are some popular robot welding machines.

Transport is moving anything from one place to another place. Which media can be varied according to the purpose.  It may air, water, or ground. In early ages, various transport methods such as vehicles, aircraft, ships, etc.  But how about the present & future. Robots are involved in the transport sector and facilitate full autonomous vehicles with zero human support.  Driverless & autonomous cars are the future of transport. Robots are using logistics and their transportation, such as factories and where houses using these robots to transport material and items inside the company. Most of these robots have an autonomous navigation system that can find a specific location or destination—Ex- BMW plant Germany.

These robots have wireless communication facilities, and sensors can identify the object and respond to critical situations.  Some robots use reflectors, cables, magnets, and lines as a navigation path—Ex= Amazon where house robots.

Drones are the upcoming trends in the transport method. Battery time and GPS are some drawbacks of drones.

Agriculture is most famous for everyone because it is the source or food. In this era, robotics and automation systems are deployed for agricultural purposes.  We can expect the population rise will grow nearly billion in 2050. As a result, agrarian systems will have to improve faster, efficient, and quality of products, because of higher demand.

These robots are using for

Most robots are involved in the harvesting stage because they are faster and reduce the post-harvest damage of crops.

Environment monitoring systems are used to get the reports and analyze the water levels, humidity, and identify the plant disease.

Most of the time, Humans are involved in space exploration. This situation can be changed because of robots. Usually, humans need food, freedom, interval, and many things. But robots are not like that. Because of that, it is cheaper to send robots to space than humans.

These robots are using for space exploration and help humans in space.

Collect the samples, take photographs or videos, take measurements of astronauts, and so many tasks on space.

These robots have advanced artificial intelligence and machine learning techniques. These techniques are essential to

complete the missions or tasks that humans can not do.

Mass rover is the most famous robotics application of NASA.

Home or domestic robots are types of robots that use in the house. These robots have various shapes, and some robots are humanoids. It can use for cleaning, entertainment, home security purposes. some robots can connect the wireless network and make smart network around the home.

Domestic robots can be categorized as

Indoor robots – it operates inside the home. Robot vacuum cleaners and floor washing robots are some indoor robots.

Outdoor robots – it operates outside the home, such as gardens, swimming pools. Pool cleaners and window cleaning robots are some outdoor robots.

Can we make an artificial soldier for war? In the future, scientists will make AI soldiers like real humans. Nowadays, there are so many military robots that use in battles that help human soldiers. It is an autonomous and remote control mobile robot that develop for attack, rescue, and transport. Some robots are under the development stage. Military robots can be drones, dumb trucks, ground combat vehicles, or other types.

These robots are always focused on the mission, and it does not get tired like human soldiers.

Soldiers can control the robots behind the enemy lines (teleoperate )

These robots are replacing the jobs of some human soldiers.

In the war, there are rules. If robots break the rules, who get the responsibility of that?

Medical robots are using the pharmaceutical industry, especially in hospitals that give medical support. Still, these robots able to operate under doctor’s permission.  Sometimes the future Doctors will drop from the hospitals because of medical robots.

Here are the main types of health care robots :

Surgical robots:- These robots are using in surgery. Dvinci system is the most common surgical system and robotics surgical methods are growing up rapidly.

Hospital robots:-  These robots are used to deliver medicine, laboratory works, and some sensitive works in hospitals. TUG is the hospital robot built by Aethon robotics company that uses for various hospital tasks. McKesson robot IRX is another type of pharmacy robot.

Care robots:- These robots are using care for the patients. It also supports elders and disabled persons in hospitals or homes. It assists the nurses in taking blood, recording temperature and details of the patients, etc.

These robots are made for entertainment purposes in leisure time .it is a low price than comparatively other robots. Because of that, it is popular in the world. These robots consist of microcontrollers, sensors, and motors that can perform gesture control, wireless control, face tracking, and speech recognition. We can use these robots as personal assistants or for educational purposes.

Robot toys:-  It has a wide range of markets. Because these are relatively low prices. It also can perform various tasks and tricks on commands. Robot toys consist of reprogramming facilities through a mobile phone app or computers that enable learning about programming concepts. E.g., Abio, Testa

Battle robots:-  it is designed for robot battle competition. It is based on robot wars. These robots are specially designed for battle purposes. Weight, materials, resistance, motion, strength are some factors that consider when building battle robots. Some battle robots consist of sharp blades, saws or hammers to fight with other robots. Physical design can vary from other robots.

The world is changing every minute because of that we have to adapt the new technologies like robotics. Robotics is a rapidly growing industry, which creates a unique opportunity and involves in every sector. There are nearly 4.78 billion use Mobile phones, like that robots will use everywhere in the future 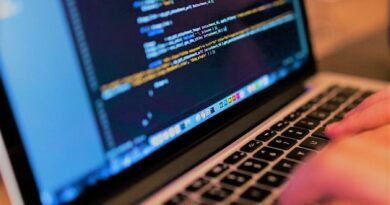 What are the robot programming languages? 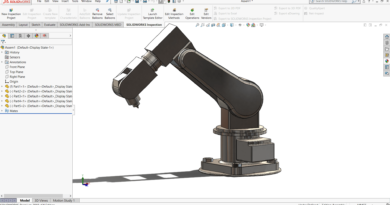